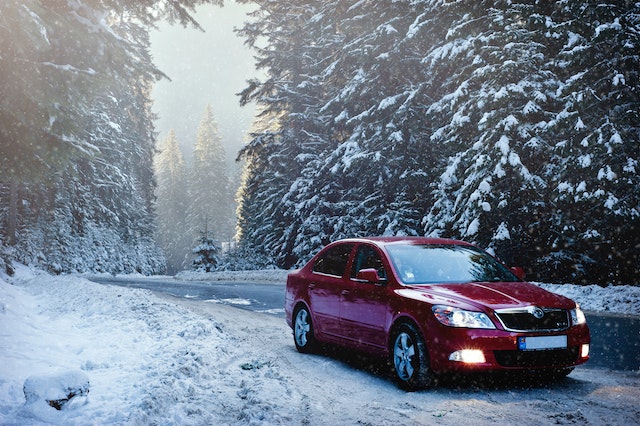 Wind, sleet, snow, hail, rain and black ice cause numerous accidents every winter but lack of proper traction and snow tires especially when driving through those conditions caused many accidents as well.

Assuming you don’t read Suomi, the language of Finland that sounds like a mashup of Dutch and Klingon, there are few road signs you will understand when you’re 186 miles above the Arctic Circle. But one announcing that Murmansk, Russia, is 188 miles away gets your attention, reminding you just how far north you are. Murmansk is a Cold War relic on the Arctic Ocean—to Soviet submarine warfare what Cape Canaveral is to spaceflight. These days, the Russian Northern Fleet occasionally moors nearby.

Then another sign we can read pops up on the left: “Test World Oy.” Oh yeah, we’re here to test some winter tires. Murmansk will have to wait. We have a cold war of our own to deal with.

The Test World Mellatracks proving grounds is a facility that offers year-round testing on natural snow, as opposed to the man-made stuff. During winter months it operates like any other automotive proving grounds, but with frozen canals and snow-packed fields standing in for the concrete and asphalt you find at more-temperate venues. In early spring, Test World stockpiles snow, filling its two buildings with about two feet of packed, natural white stuff, enough to last the entire indoor-testing season. We headed up to the refrigerated covered complex in late summer, as we wanted this story to appear in time for you to take advantage of its findings for the winter soon to be upon us.

The Indoor 1 building is a 525-foot-by-52-foot pole barn of packed snow that includes a lane of Zamboni-maintained ice. Indoor 2 contains a 0.2-mile, 30-foot-wide squiggly handling ­circuit. Both buildings have cooling circuits in the floor and chilled forced-air ductwork. On our test day, the inside thermometer read -11, as in degrees Celsius, or 12 degrees Fahrenheit.